The City of Gahanna appreciates your interest in our recent Gahanna branding initiative. We initially began this process in 2016 when the need for a brand identity was identified in the Economic Development Strategy and GoForward Gahanna strategic plan. Due to staffing changes the project was temporarily placed on hold but was reactivated in February of 2018.  The City unveiled its new brand logo, slogan, and positioning to the public on July 27, 2018. We hired a professional community branding firm, Align2Market, to lead this process.

Great measures were taken to involve the entire community in this important work. This includes forming an Advisory Group made up of individuals representing the City, economic development, tourism, the business community, the school system and residents.

We also conducted dozens of executive 1:1 interviews, implemented a community-wide research study and held a community forum that was open to the public. It was the input of all of these touchpoints that made up the ingredients of the branding process.

The Evolution of Gahanna’s Brand 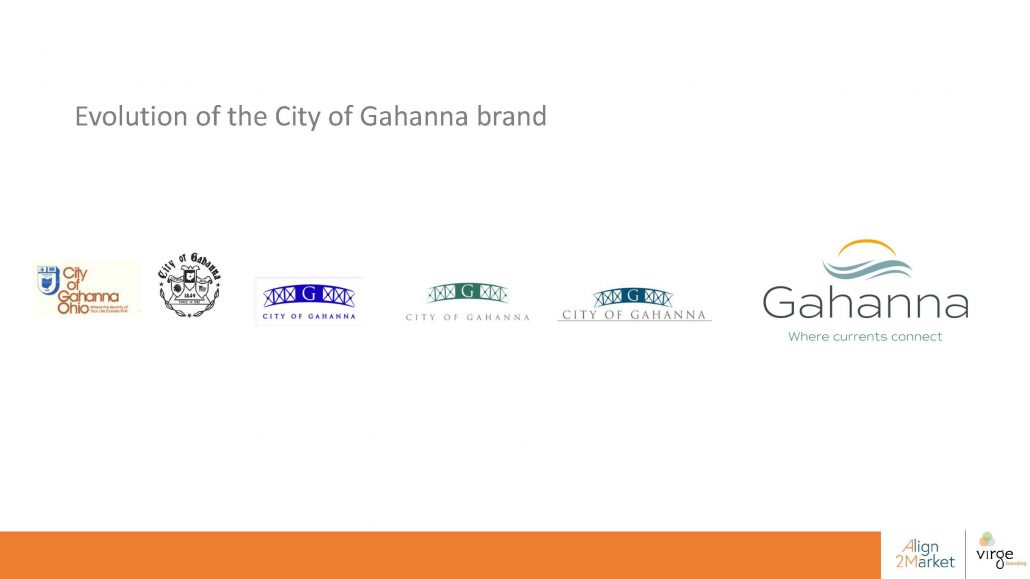 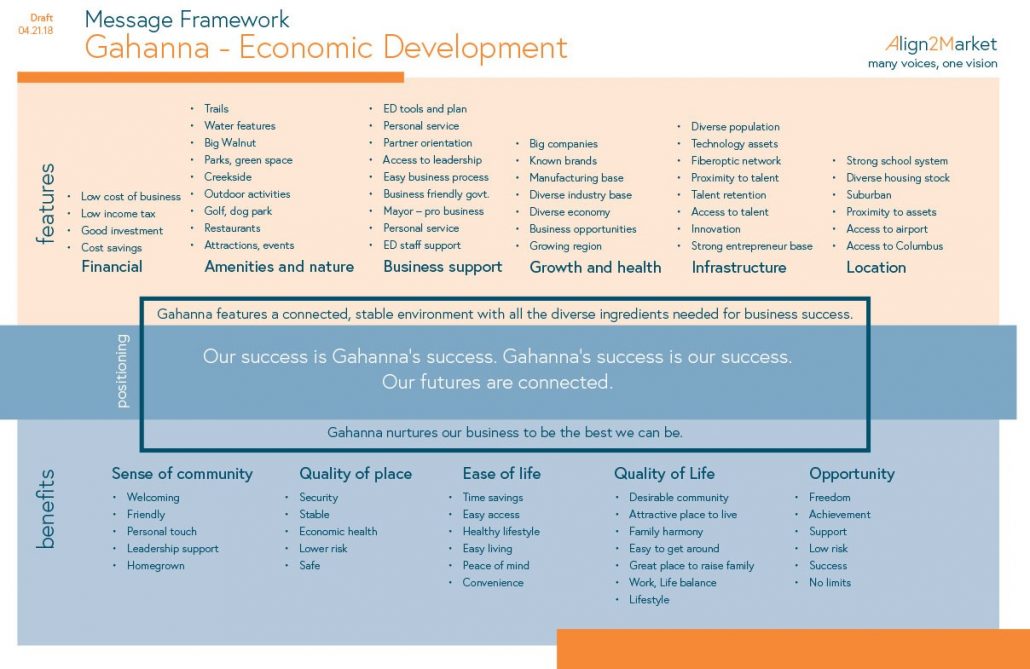 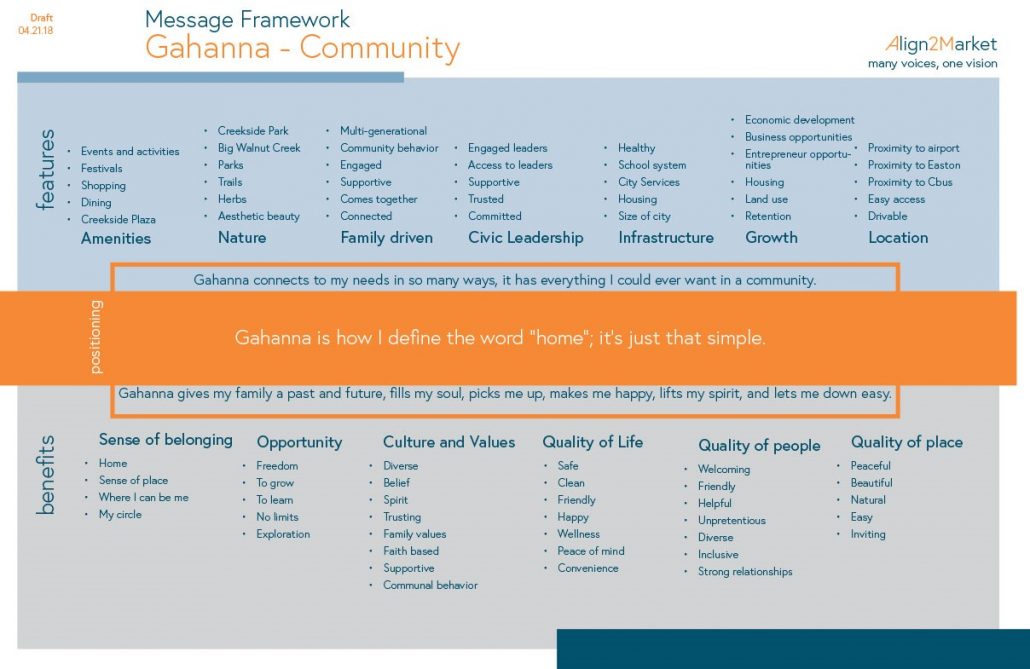 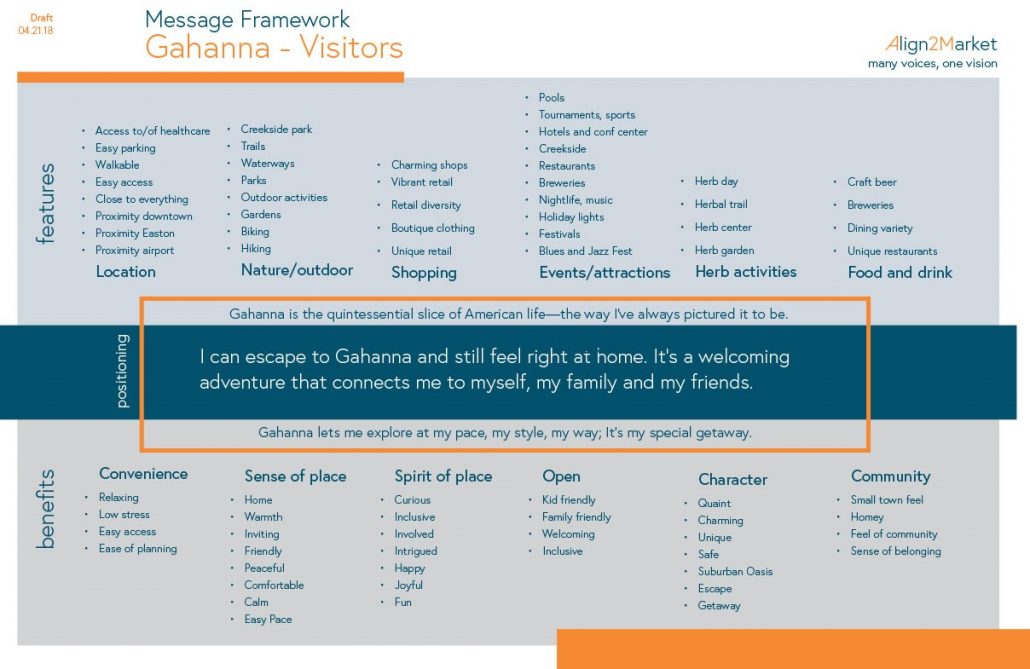 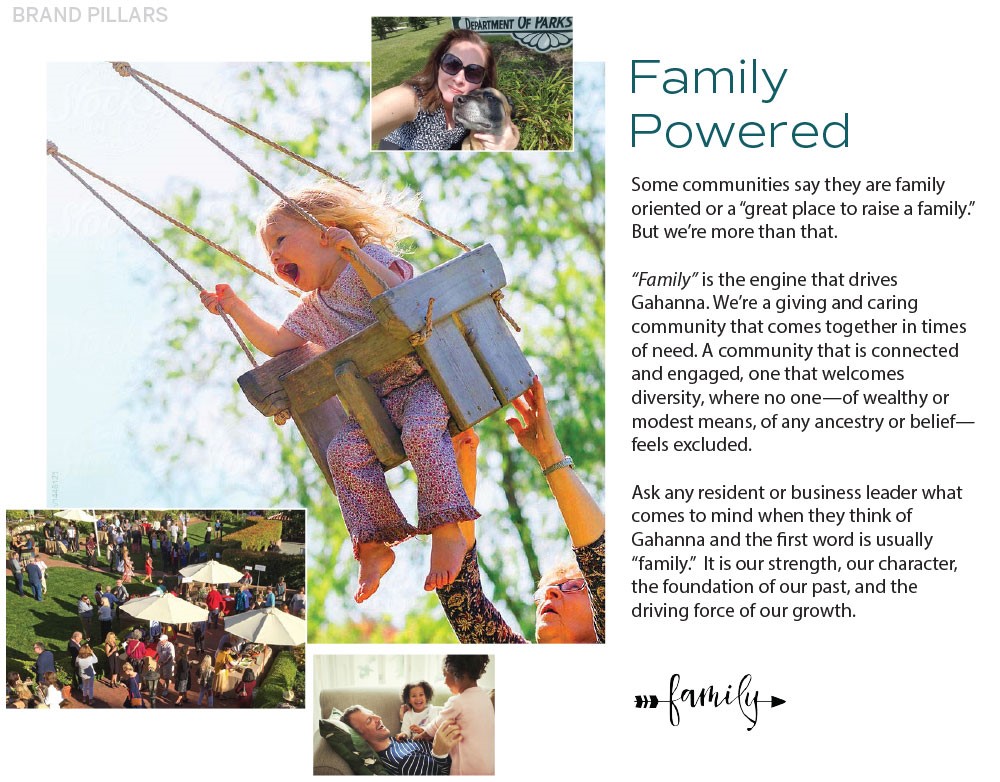 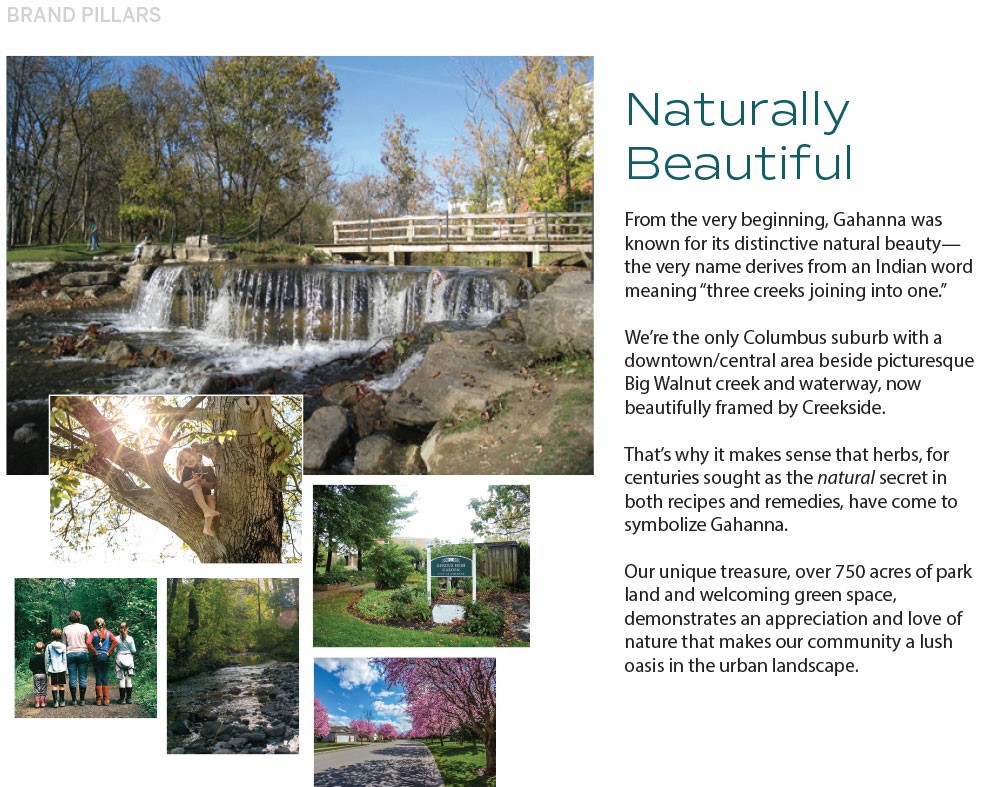 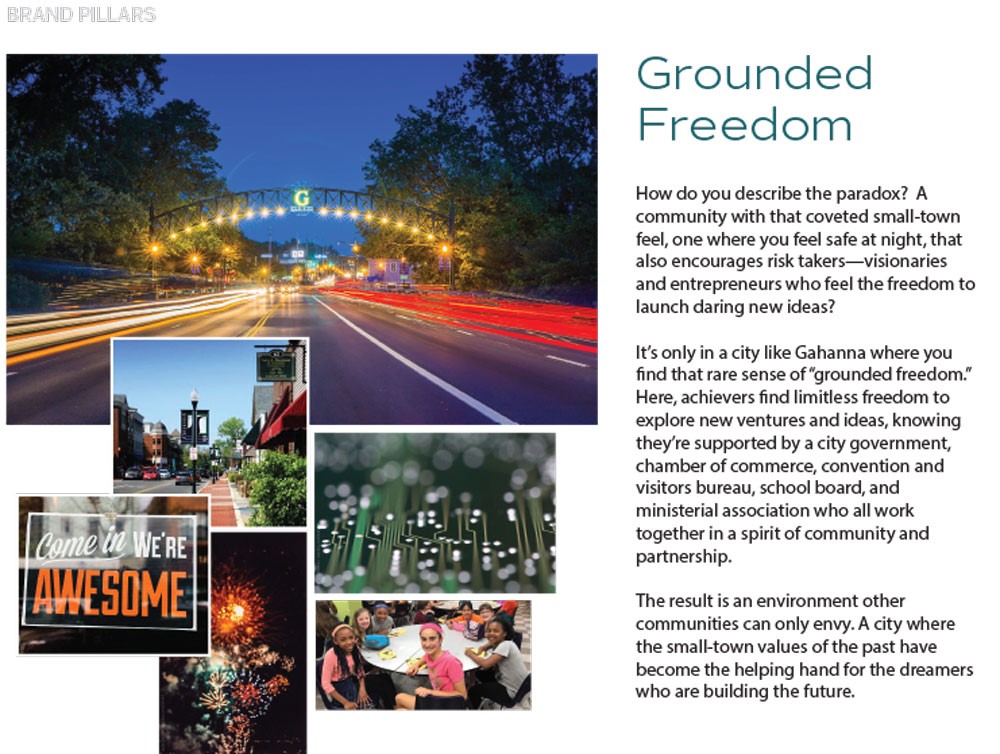 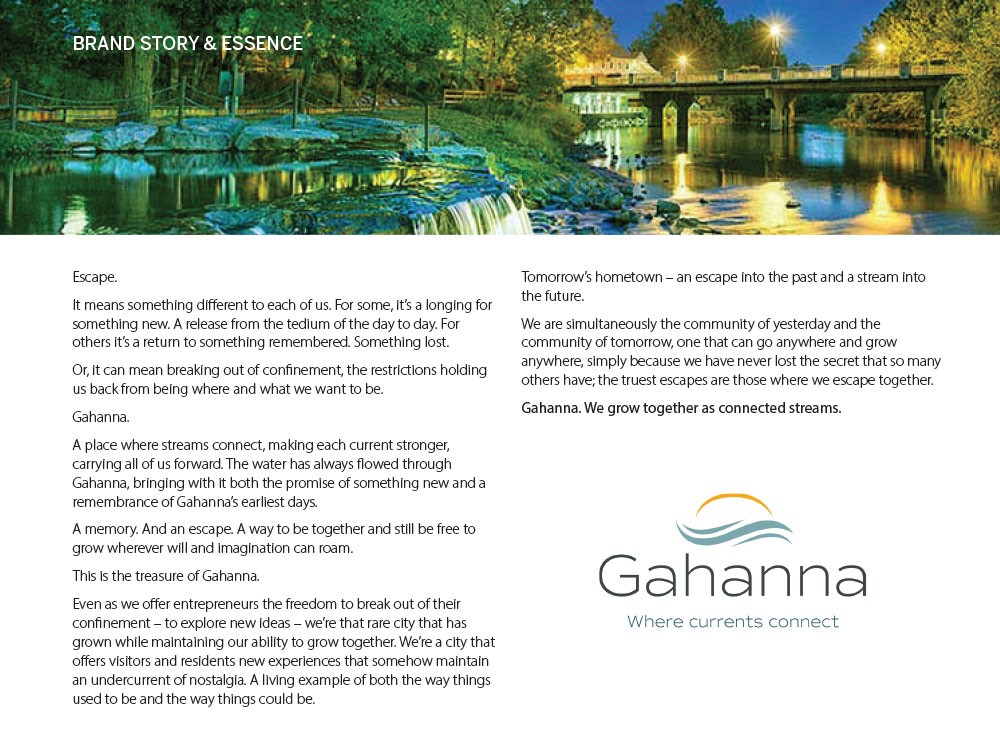 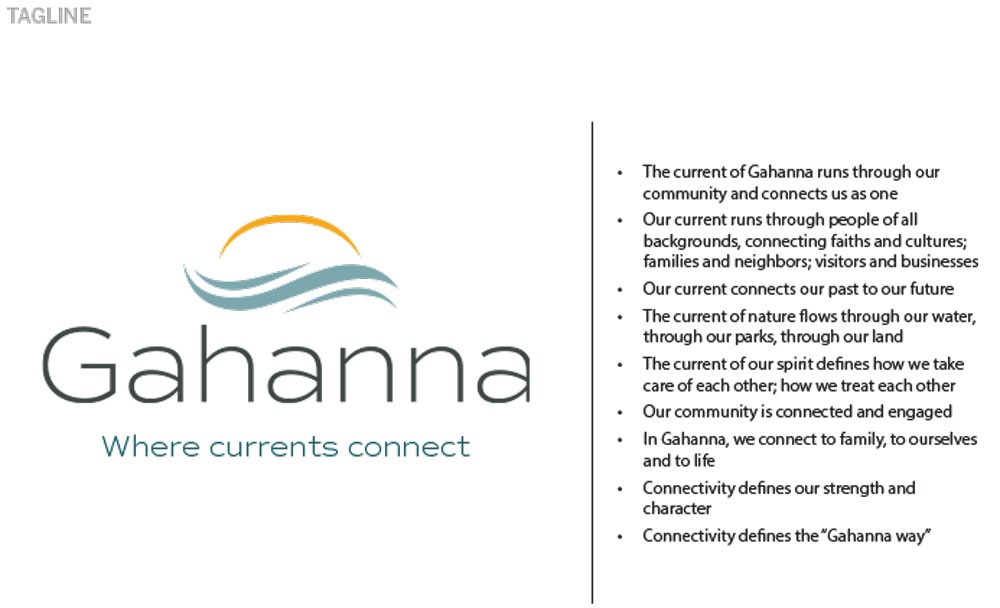 The primary Gahanna logo is available as a download and can be added to your existing materials.