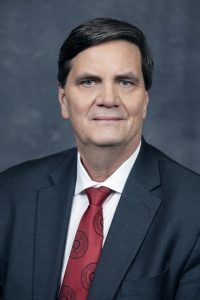 Gahanna, Ohio’s City Attorney is Raymond J. Mularski. He was elected in November, 2019 to begin serving a four-year term commencing on January 2, 2020.

Ray Mularski is Gahanna’s City Attorney. A longtime Gahanna resident, he served as Gahanna’s prosecutor for 32 years. He received his bachelor’s degree from The Ohio State University and his law degree from The Ohio State University Law School.  Mularski has been married to his wife, Carol, for 32 years, and they have a son, Brandon. Mularski is a lifetime member of the Kiwanis, and has volunteered at the Creekside Blues and Jazz Festival for more than 10 years. He also has volunteered at the Ronald McDonald House and The Tour of the Scioto River Valley.

The City Attorney is the legal adviser, attorney and counsel for the City of Gahanna.

The City Attorney shall provide advice and legal representation to the City and all elected and appointed officials and employees of the City in their official capacities.

Charter of the City of Gahanna

Chapter 143 of the Codified Ordinances