The City of Gahanna has a strong Mayor-Council form of government. The Mayor is popularly elected by the citizens of Gahanna and serves a four-year term. The Mayor serves as the Chief Executive Officer of the City. As the City’s chief administrator and office representative, the Mayor is responsible for the general management of the City and for ensuring that all laws and ordinances are enforced. The Mayor appoints professional directors to the City’s departments, which administer the day-to-day operations for the City.

Mayor Laurie Jadwin was sworn into office on January 2, 2020. 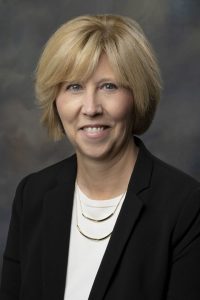